Luboš Hána is aprofessor at the University of J. E. Purkyně in Ústí nad Labem. During his university studies, he specialized in choir directing, music theory and pedagogy. 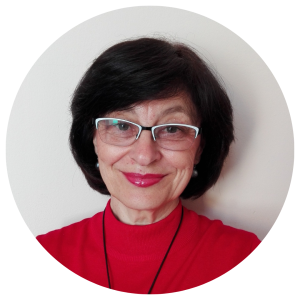 She studied Czech language and Music at the Faculty of Education and solo singing at HAMU. From 1974 to 2019 she worked at the Department of Music Education at the Pedagogical Faculty of Charles University in Prague as an assistant professor and in parallel, from 1993 she taught music education for 18 years at the primary school with extended music programme, which she founded in Brandýs nad Labem. There she also led a children’s choir. At the same time she taught solo singing at the Elementary School.

She is professionally engaged in the topic of teaching and methodology of voice education. She has developed a specific methodology for children who are lagging behind musically and vocally, which can also be used basically when working with adults who do not sing. Since 1993, she has been conducting courses for teachers in the Czech Republic and Slovakia, and lectures on Modern Methods in Teaching Singing at conservatories. She is repeatedly approached with requests for workshops and lectures at pedagogical faculties in the Czech Republic, Slovakia and at music universities in Poland.

Alena Tichá is a sought-after voice consultant for choirs of all ages throughout the Czech Republic. As an experienced adjudicator she participates in singing and choral competitions. She publishes articles and books on voice education, especially for children.