In 2019, Dr Mitchell was appointed the third Artistic Director of the prestigious Detroit Concert Choir, a group that has won Choir of the World at the Llangollen International Eisteddfod. Since 2005, Dr Mitchell has been associated with the Academic Choir Ivan Goran Kovacic in Zagreb, Croatia as Resident Guest Conductor.  For nine concert seasons, he served as Artistic Director and Conductor of the Detroit based Cantata Academy Chorale, leading that group on three acclaimed European concert tours and multiple performances with the Detroit Chamber Winds and Strings. He has led the Oakland University Chorale on state, regional, national and international concert tours. Dr. Mitchell has also prepared and conducted choruses for the Rolling Stones and Sarah Brightman.

Tristan Meister is a freelance conductor and lecturer in Choral Conducting at the Universities of Music in Mannheim and Frankfurt am Main. He is the founder and musical director of the Ensemble Vocapella Limburg, and his recordings with this group include the first complete recording of Max Reger’s unaccompanied male voice choruses. He also founded the semi-professional chamber choir Vox Quadrata, and conducts the Beethovenchor Ludwigshafen and the Wormser Kammerensemble. In addition, he is artistic director of the Jugendchor Hochtaunus and the Cantus Juvenum Boys’ Choir. 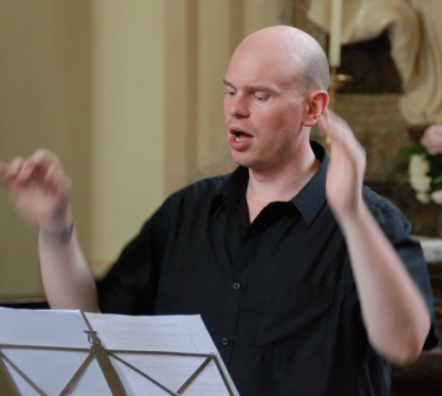 Since 2013, Cenek Svoboda studies and teaches graduate students at Charles University in Prague. He teaches music history and works on his dissertation on authentic interpretation of early vocal music. He also prepares programs for Czech Radio 3 – Vltava, writes reviews on CD recordings and reports for the magazine Harmonie.